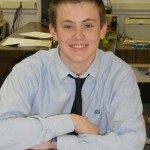 “Fight! Fight to the last man!”

The sounds of battle rang across the field, the sounds of horns, drums, clashing steel and men dying. This was nothing new to Jean, war was his life for the past fifteen years. He had joined his mercenary company when he was 16, that was back in the early years of the war. He was commander because of the simple reason that he hadn’t been killed yet, you don’t live long if you make a career as a mercenary. Jean took a step back as the Frenchman he had just ran through fell to the ground, his blood mixing with the dirt in the ground. This field had seen too much killing, it hadn’t rained in days but there was still mud on his boots, urine, blood and digestive juices work well enough to make mud.  Jean ran back into the fray with his trusted guard behind him. The blood rage blinded his eyes as he killed his next opponent. After the fury wore off and Jean was looking for someone else to kill he happened to glance at the man he had just killed. No, not a man, a boy. “Good God this child can’t be more than 13!” Jean thought to himself. Shaking his head Jean made Christ’s sign and moved on, he wasn’t paid to have a conscience, he was paid to kill.

Across the field a man saw his son murdered, the man who killed him only spared the time to make the sign of the cross before moving on. Rage filled his eyes and he drew back his bow. He had stolen an English longbow from the last battle, he was the only one in his unit able to draw it back. He pulled back the arrow and loosed, streaking across the battlefield the arrow found its mark.

Something punched Jean in the side and he fell with a thud, pain lanced through his body as he looked down and saw an arrow sticking out of his side. Jean grunted in admission as his lifeblood poured out into the ground and joined to ever growing mud field. Jean pulled his second in command, Javert, closer.

Javert simply nodded and left Jean to join back into the fray, they knew how this worked, you didn’t have time to be sentimental in war. People died and you move on. Jean laid back as everything started to grow dark, his last thought was about his home, and if he could draw breath he would have let out a laugh, because he couldn’t even remember what his home looked like. Jeans eyes grew dark, and the battle raged on.

The man with a dead son kneeled down, he had hit his mark, he had avenged his son. But now he had nothing to live for, his son was all he had left, his wife was dead, his daughter taken and now gone, and now his son. He kneeled knowing full well that staying still was death, but he didn’t care. He didn’t even look up as the sword took off his head.