In recent decades, Steve Jobs brought revolutionary changes to our life. He changed our life by inventing the iphone which made it easier for people to connect with each other, and control things within our hands. People were enthusiastic about iphone when it first came out. And, still the new iphone has become the standard in the IT industry and with modern phone customers. So how did iphone become so popular? The secret is in the operating system which is called iOS, by Apple. That operating system is the issue even today.

Apple recently unveiled their latest iOS (operating system). It is still widely debated among people as to whether the new iOS 7 is better than previous versions, or not. By comparing differences between iOS 7 and iOS 6, readers might be able to see which one looks better for them and decide whether you will upgrade your software or not. The iOS 7 is so much different from the previous versions of iOS.

The first difference starts from the interface. 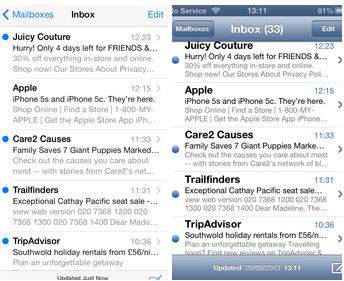 The  iOS 7 was designed  by Apple to be minimalistic. The design on 7 looks flatter than on previous versions, with less texture on app icons, pared-down fonts and minimalistic menus. The lock screen of the iOS also changed, with the boxy phone keyboard style of iOS 6 being replaced with a more Android style look and feel, and with round buttons. 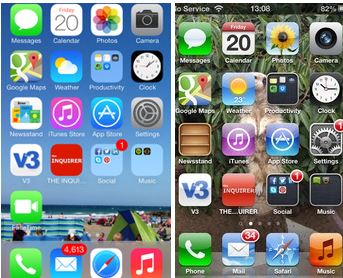 Due to its minimalistic design, the app icons have changed too. Before iOS 7, all 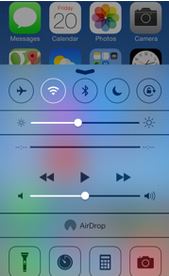 iOS icons were designed based on skeuomorphism which is a concept of a physical ornament, or design on an object, made to resemble another material or technique.

For example, the standard camera app used a picture of a camera lens because people could easily figure out that it was a camera without unnecessary explanation.

Contrary to skeuomorphism, minimalism is the concept that artist intend to expose the essence or identity of a subject through eliminating all non-essential forms.

Another new feature of the new iOS 7 lock screen is that it  removes the heavy arrow and bar required to unlock iOS 6, and instead lets you swipe anywhere on the screen to unlock your iPhone or iPad.

Finally, Apple added a control center to the new iOS. You can access Control Center by swiping up from the bottom of the screen. Apple has included 13 commonly utilized features in here. These include WiFi on and off, light mode, volume, torch and calculator. Even though it won’t save huge amounts of time by not accessing these functions through settings menu each time you need them, it’s a faster and easier way to accomplish these regular tasks. 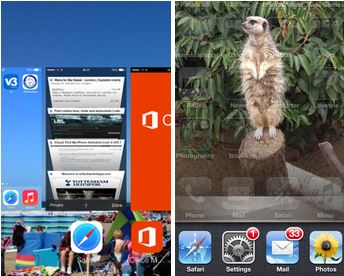 Apple has also improved multitasking on iOS 7 compared with iOS 6. The Safari’s new card-based interface made much easier to flick through open windows, making it easy to get to frequently visited website quickly. The scrolling process is much smoother on the New iOS as it’s fluid movement circling through all your apps.

These are some of the key features of newly designed iOS.

I don’t have a iphone so I don’t have real chance to experience new features in my hand. However, the new iOS looks more sleek than the last version of iOS and have some more various features. Moreover, the software of phone is an imperative feature for user experience when using smart phone. Depend on what version of software, even if it’s the same phone, the user experience will vary greatly. It is really hard decision to whether upgrade the iOS or not because the new iOS can’t be downgraded which means it can’t go back to previous version of iOS. Here are informations i could provide to readers.
For more information, check out this site.