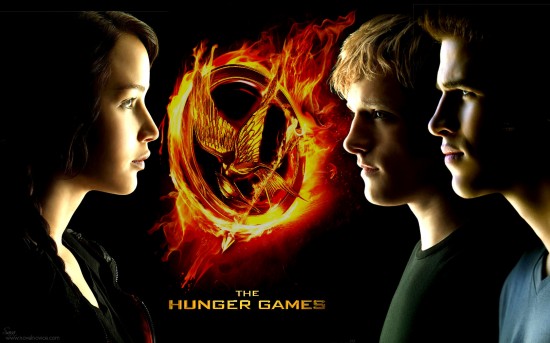 “The Hunger Games: Catching Fire,” is a movie based off Suzanne Collins’ second novel in her series “The Hunger Games.” This series is an excellent modern day dystoia that features a strong female protagonist, that has helped to set it apart from many other recent dystopian series.

The movie was released on November 22, 2013 and has opened the eyes of many with its amazing story line as well as the quality of the film.

The movie began with Katniss Everdeen (Jennifer Lawrence) preparing to leave her district with Peeta Mellark (Josh Hutcherson) on a “Victory Tour” after they both won in the previous annual Hunger Games. However, before they leave, President Snow (Donald Sutherland) informs Katniss that he does not believe that she is truly in love with Peeta. He notifies her that she has until the end of the “Victory Tour” to convince him.

When the tour comes to an end, Katniss and Peeta are invited to attend an exclusive party at the Capitol where Katniss dances with the Gamemaker, the man who designs the “game” between the selected members of the districts, played by Phillip Seymour Hoffman. President Snow also notifies her that Peeta and her have still not convinced him of their love for each other. President Snow later announces that the upcoming 75th annual Hunger Games will be part of the Quarter Quell which is when the former winners will have to re-enter the arena which seems to be the punishment for Peeta and Katniss for not proving their love to him.

The new games are in an arena that is surrounded by water in the tropics. When the alarm sounds Katniss rushes to the center for weapons where Finnick, her potential allie, and she work together in defeating the other members of the Districts. They are exposed to many challenges on the first day such as finding fresh water, poisonous gas, and malicious monkeys.

By the end of the day one many competitors are dead. The next day Peeta, Katniss and Finnick find three other allies and one of them discovers that the arena is based off a clock where dangerous things happen in each section of the arena depending on the hour.

One of the other allies plans to use a coil of wire to electrocute the arena. When the group splits up to put the plan in action, Katniss is wounded by a competitor, but still manages to wind the end of the wire around one of her arrows and carefully shoots it into the force field that surrounded the arena, which caused the arena to collapse.

We then see Katniss waking up on some type of aircraft where she is informed that she has been taken out of the arena and that the Gamemaker, Haymitch, several of her allies, Gale, and her family were safe on the aircraft and had all been working together to keep her alive. Next, Katniss is informed that Peeta is alive, but is taken to the Capitol.

Senior Holly Richardson said, “They movie was almost perfect, however, they left out some potent parts from the book.”

“I thought it was really suspenseful and I can’t wait for the next one to come out!” said Meghan Shanahan, who is also a senior here at Seton La – Salle.

Overall, this movie was very successful and outshines the first movie. It also seems like the many seniors at Seton La – Salle agree. With the exception of a few events that were not the same as the book this film really captures the spirit of the series.

The new director, Francis Lawrence, does a fantastic job following the books as well as making it his own with the minor twists he makes. There were also many action scenes which held the audience  on the edge of their seat the entire time. Although the ending left a lot of questions unanswered, it presents a great opportunity for a sequel.