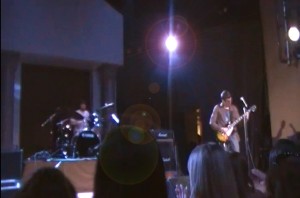 “The Dandy Lions”, an indie-rock band comprised of me (Nick Bittner, Senior) and Joe Juliano (graduated last year), has been writing and playing music for about 5 years now. Sure, members have come and gone due to lack of interest and college acceptance, and the name of the band has changed several times (we were at one point “Robots Everywhere!”, “The Old Spot”, and several others), but The Dandy Lions finally seem to have settled down and found our sound. Sadly, however, up until recently our biggest show was performed for about two friends of mine up in Joe’s Grandma’s attic where we practice. We write songs and play covers but it never really occurred to us to start playing out in the world. We were called by “The Next Big Thing Tour” to play in their battle of the bands housed at Mr. Smalls Theater in Millvale, PA, and we gladly accepted. They had discovered us via our very old Myspace page.

We sold 68 tickets to friends, family, and friends of family. We played at 7 pm and were among about 30 local bands, each playing a 20 minute set. There were ska bands, punk bands, emo bands, screamo bands, indie bands, hardcore bands, and probably some genres I don’t know about playing that night. When our time came we were understandably nervous, and we didn’t really expect to win among these bands that constantly play shows throughout Pittsburgh. But we had practiced hard for about a month and got our 5 original-song set-list down to perfection. 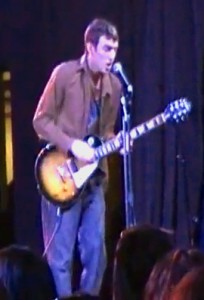 Stepping onstage, I saw the faces of many close friends and family, and I was glad to finally have an audience for this music that Joe and I had worked so hard on. We played just as we practiced, but the show was sort of a blur to me. Between the lights, the sweat, and the cheers, I was unaware if we had actually done well or not. Honestly, after we came offstage, Joe and I both agreed that we could’ve done better, but we were glad to have done it without screwing up.

The next morning, I looked on the Mr. Smalls website without any expectations. The contest was decided by judges who graded based on musicianship and songwriting. I was ecstatic and shocked to see the words “1st place: The Dandy Lions”. We won 750 dollars! Now we are putting ourselves out there and trying to play shows a lot more. Our next gig is at Garfield Artworks on May 27th, where we’re opening up for the popular indie-pop band “Boyce Avenue”. Hopefully we can get some shows in the meantime. The entire Mr. Smalls performance is on Youtube—just search The Dandy Lions Mr. Smalls.