“We have a lot of new talent this year. With new players such as Matt Wilke, Carson Rebel, Nico Popa, and Danzel McKinley-Lewis, we should be able to overcome that loss.”  This is a response from David Boehme to the important question that everyone in Seton – La Salle is pondering:  How will you plan on replacing all the senior starters on the baseball team from last year?

The class of 2012 was filled with great athletes that had a big impact on all of the sports last year, especially baseball.

The success of the baseball team this past year most people would argue had a lot to do with the 5 senior starters.  Kevin Hart: Centerfield, Devyn Reddy: Right Field, Matt Jacovino: Second Base, Jay Moog: Pitcher, Alex Borofski. To begin the two pitchers Jay and Alex were the two main pitchers in in the starting rotation along with the sophomore, now junior David Boehme.

Kevin and Devyn had a lot to do with the success of the offense by producing many RBI’s when needed.

Finally, Matt Jacovino was a solid defensive player in the middle of the infield providing great leadership and experience for the Rebels squad.

But, as David recently told the Rebel Report, “the past is the past, and you cannot dwell on it.  We are looking to rebound quickly and have a great year.”

Brett Dadig, a 2013 senior at Seton – La Salle is one of the players who looks to make a large impact on the team this year.

The Rebel Report asked him a few questions about the upcoming season.  “How does Coach Trainor being your coach help your team be successful this season?”

Brett said, “It helps us tremendously because we know what to expect from him and he knows what to expect from us.”  We went on to talk about numerous other things and got a better understanding of the upcoming season from him and how they look to bounce back from just missing out on the playoffs last year to being a high seed in the playoffs this year.

Another thing we did ask Brett was who will be some of the top players to step up this year?

Talking to Brett helped us understand a lot due to the fact it was his senior year, but we wanted to get a different perspective from someone who was younger and up and coming for the hopeful Rebels.

That is why we turned to what we are hearing to be one of the top players on the 2013 team, junior Dominick Del Greco.  We asked Dominick, are playoffs a likelihood this year?

Del Greco came back with a very confident response and said, “Yes, they will be very likely we have got a lot better from last year and our only downfall is our pitching right now, but we always have time to improve that.”

Del Greco went on to say, “The new section really helps us because we lost a few teams that beat us last year and had a good returning team this year.”

Mr. Shawn Trainor, baseball coach again this year,  said, “With the loss of last year’s seniors, we will be a little inexperienced at pitching and the outfield. But, I think there are enough talents coming back to fill those positions. And there were some talents coming up from JV team. With 7 returning lettermen, they should be the core of this year’s team. If everyone has improved, I think this could be a very competitive team.”

As Coach Trainor mentioned, without five of last year’s pivotal  players, this year will be tough. But, if everyone works hard, The Rebels can do great things this season. 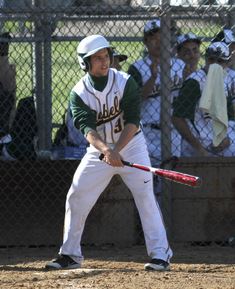 Started playing when I was 6 years old.

Who is your favorite professional player?

It is a tough sport to play.

What do you think about this year’s Rebel baseball team?

We will make the play – offs.

Do you have any personal goal this season?

Make the playoffs. I have never been a part of a play-off team 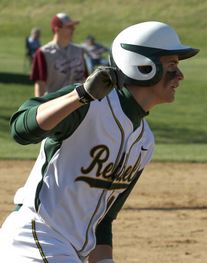 Who is your favorite professional player?

Baseball is America’s pastime… it is a great sport to be a part  of.  I love how a lot of the game is mental and if you don’t have  a great mental approach you’re going to have a tough time.

What do you think about this year’s baseball team?

Do you have any personal goals this season?

Since the last two years we have come up short of the playoffs, I feel like our goal should capture a playoff spot, and ultimately bring a section championship back to the school 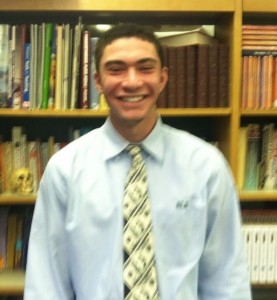 My favorite position is Shortstop.

Who is your favorite player?

I don’t have any reason to play baseball. I just like to play.

What do you think about this year’s baseball team?

Without 4 key players who graduated last year, it is going to be hard, but, I will do my best

Do you have any personal goal this season?

As the spring comes closer and closer, these student athletes are getting more and more excited and you can sense it in the hallways.  They want a championship  more than ever and we are behind them one hundred percent.  Good luck this season boys and have fun.