While most spring sports are enjoying their time off, baseball and softball are already hard at work during their off-season. With the baseball teams successful past season, and the softball team winning section champs for the past 2 consecutive years, they are both working hard on making it that one game farther than last year. Greensburg Central Catholic has eliminated the Lady Rebels from the second round of playoffs 2 years in a row. When Cleo Helton, a junior and starting outfielder, was asked what her predictions were for the upcoming Lady Rebels softball season, her response was, “My prediction is that our team could be really successful this year. We have a lot of work to do, but I really feel as though our team will be the team to beat this year;  just like every year.” The softball team has been extremely successful in the past two years. They have won section champs undefeated two years in a row. “We are currently training our new freshmen to take on some of the positions that our seniors from last year played and of course conditioning,” says Helton. 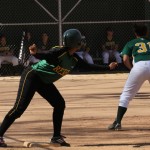 The softball team has taken in 6 new freshman, compared to the usual 1 or 2. This has helped them make up for the loss of the 3 starting seniors who graduated last year; Christina Folino, Marisa McAndrews, and Michelle Potenziani. The team had a successful past fall ball season as well. The softball team is coached by John Krull. He is assisted by Tim Zola, father of sophmore pitcher, Lauren Zola; Larry Mercurio, father of junior short stop, Taylor Mercurio; Don Weiss, father of senior catcher, Jess Weiss, and former SLS student and Lady Rebels softball player, Jessica Weigold.

While the softball team is working hard in open gyms, the boys baseball team has taken the responsibility of practicing on their own. “Mainly during the off -season we are on our own getting better until January when we start open gyms again,” replies David Boehme, a Junior at Seton – La Salle.  Boehme plays short stop for the Rebels, as well as pitcher. 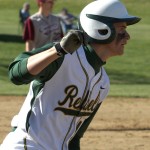 Boehme has been a very successful addition to the Rebels baseball team since he joined his freshman year. He is currently being recruited by multiple colleges as he plans on continuing his success after he graduates. Although the baseball team has not won their section since 2009, they have high hopes for the upcoming season. “We have a lot of youth, but I feel as if everyone will step up to the challenge and we will secure a playoff spot and hoping for a Section Championship,” Boehme says. The baseball team has also taken in more freshman than usual, adding to their hopes for the upcoming season. The baseball team is coached by none other than Seton – La Salle’s very own, Mr. Charles Rutter. He is assisted by Joe DelSardo, Jordan Lang, Joe Law, Shawn Trainor, and Chris Weigold. You can catch either team’s home games at Brookline Community Center on Brookline Boulevard. Be sure to check in at slshs.org under athletics for the teams upcoming schedule and go cheer them on!