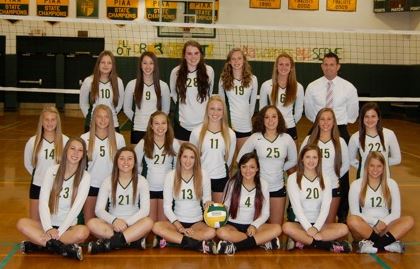 Our own undefeated Rebel girls volleyball team will face undefeated Freeport this upcoming Thursday, September 26th at Freeport High School. Here’s the catch, Freeport has not lost a home game in 8 years. Freeport has been known as the “best team in AA” for the past few years, and there’s no doubt they are a top team. Although the Athletic Director from Freeport school could not be reached for an exact record, it is known that they have dropped sets at home, but have not lost a game over the past 8 seasons. Although this game will be non-section, and Freeport will most likely be ranked No. 1 going into playoffs, a win would mean big things for the Rebels.

Coach Kevin Hummert of the Rebels said, “I’m really unsure of what to expect, I just want to see how we match up against the best team in AA. It should be fun.”

When asked about what is so special about Freeport, Hummert  said, “They are a team made of highly skilled players who are passionate about volleyball. Their town is a volleyball town, and they want to uphold that tradition of excellence established in the Freeport Volleyball Program.”

The Rebels are currently 7-0 overall, and 4-0 in section after a big win over South Park last week. Their starting lineup is comprised of six seniors, two juniors, and one sophomore.  Hitters Tia and Toni Torchia, Brianne Colligan, Morgan Henderson, and Laura Nath all contribute to the Rebels solid offense. Setters Shelby Williams and Michelle Sanders help to lead the teams decision making on what hitters to go to, and libero Lindsey Farley, and defensive specialist Juliana Ross help to lead the team in defense.

Captain Shelby Williams was asked what preparations were going to be made this week. Shelby said that for the team, she wants them to be prepared for anything. Before the team even thinks about Thursday’s game, she wants them to get through their Monday and Tuesday games. “Nothing can be taken lightly,” says the senior captain. She also adds that the team just needs to play their hearts out.

Junior Laura Nath, a top contributor to the Rebel offense, said “Victory is the mindset for Thursday’s game. I’d like to come back with a strong win that would help our team our getting a higher ranking. Freeport is currently 1, and to beat them would speak a lot of volume for our team. My favorite quote is “You lose, you win, your team will be right there next to you through the rain, snow and hail. they never give up on you.” I have 100% faith in my team, and I know we can do this if we just give it our all TOGETHER.”

The Rebels are set to face off against Freeport on Thursday at 7:30 pm at Freeport High School. Fans are always appreciated, so wish our girls good luck if you see them!