There comes a time every year when you just love to get your pants scared off. If you’re like me, you love horror films of all kinds. This is a list of the very best and scariest films available on Netflix for your frightening pleasure. 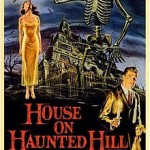 House on Haunted Hill– We begin this comprehensive list with an oldy, but a goody. The 1959 horror film “House on Haunted Hill”. The plot follows a sinister millionaire who offers strangers $10,000 to stay in a haunted mansion. While some would classify it as “cheesy” because it isn’t quite up to snuff with today’s over-gore-ified (Pun intended) slasher films, I still feel it is a good solid film if you’re in for a scare. 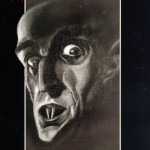 Nosferatu– Our next stop on this list is another classic, the 1929 film “Nosferatu”. While it is a silent film, critics all over the world have nominated this the “scariest Dracula adaptation ever”. I also enjoy this movie because of the Spongebob episode with the “Hash-slinging Slasher”. At the end of the episode Squidward asks: “Who was flickering the lights?” and Sponge-Bob replies with that usual giddiness “Nosferatu”. So yeah, pretty weird, but I still remember that…

Don’t Be Afraid of the Dark– The next film is a much more modern film, “Don’t Be Afraid of the Dark”. While the film is not scary by any stretch of the imagination, it still has worth if you want a good cuddle up with a boyfriend/girlfriend movie. The 2011 film was not bad and I have nothing bad or good to say about it due to the fact I am forever alone and have no girlfriend/boyfriend to cuddle with and truly enjoy it, but perhaps someone out there does.

Hellraiser– I was out buying my Halloween costume this year and I noticed a large number of Hellraiser masks. Which struck me as odd because I doubt many people buying costumes have ever seen the movie. It’s an 1987 film, following a married couple who discover a hideous creature living in the house that they just bought. The movie isn’t really anything to write home about, but if you’re looking for a little last minute costume inspiration perhaps this will be your lucky day. 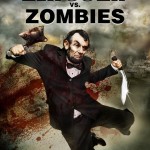 Abraham Lincoln vs. Zombies– Yeah that’s right, not only did our nation’s 16th president slay vampires, he also had enough time to kill off hordes of confederate zombies, and film another documentary about his life with my personal favorite actor Tommy-Lee Jones. Actually this movie was pathetic, and went straight to DVD, but it was good for a laugh. 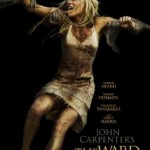 The Ward-Another modern horror flick, this one centers around a woman sent to a mental institution with a dark past… but not as haunted as her own. Yeah, that was very ominous wasn’t it, you want to watch that movie now don’t you? You really want to watch it. You want to tell Mrs. Parker to give me a raise while you’re at it too.

Dead Snow– A huge part of popular culture is this idea of Nazi Zombies. I don’t really understand why. I mean, of all the armies to resurrect as zombies, why on earth would you bother with the Nazis? What about the Spartans? Now that would be a spectacular movie, Spartan Zombies, get on that George Lucas. Anyway, this Dead Snow movie is a Nazi Zombie movie, take it or leave it.

The Call of Cthulhu– This is actually for me, one of the most intriguing movies ever. It isn’t a very well done movie, but the idea behind it stimulates a lot of Wikipedia research. It’s about a cult who worships a deity living under the ocean in a city with unfathomable angles. It’s confusing and difficult to grasp at first, but if you’ve got a minute I suggest reading about the book (it was actually a book first). The film is kind of a B grade movie, but I found it intriguing and worth investigating.

The Human Centipede– I’ll actually be surprised if Mrs. Parker lets this one slide, it’s pretty disturbing, but I figured I’d try it. This one is absolutely horrifying. A real, scare your pants off kind of movie. I am not a fan of movies like this, but I understand that many people are, and I am a servant of the people, so I will bring you what you want. It’s about 2 ladies in Germany whose car breaks down and through strange occurrences wind up in a nightmarish situation involving humans becoming centipedes… A real, “LET’S GET WEIRD” type movie. 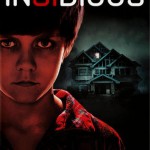 Insidious– While it was much more terrifying in theaters, this is still a good movie to watch if you’ve never seen it before and are looking to be unable to fall asleep for a couple days. I personally think that this film honestly lives up to the hype people always have about this movie. It does its job in leaving you scared. A well-filmed movie, perfect for any Halloween get together you may be hosting.

So that’s my list. Take it or leave it, I don’t plan to lose any sleep over it. I will leave you with two final thoughts. First of all, are you aware of how expensive Halloween costumes have gotten? I mean really, who wants to shell out 40 big ones for a ridiculous get-up you’re wearing for what, four hours max? It’s amazing to me that a whole industry has sprung up for this 1 holiday. I truly do question the stability of humanity every time I see a Spirit Halloween store. Finally, I attended Zoo Boo this weekend, were you aware of what the PPG stood for in PPG Aquarium? As any good Pittsburgher, I assumed it was Pittsburgh Post-Gazette, but no, it stands for Pittsburgh Plate and Glass company. Mind=Blown.