I’m back guys. It has certainly been awhile. I took a bit of a siesta, but I’m back in action. Midterms are here people, and that means late nights of cramming and studying.

For me, it also means a lot of movie watching because of how late I’m already awake. These are two powerhouse movies to propel you to victory in all of your tests this year. 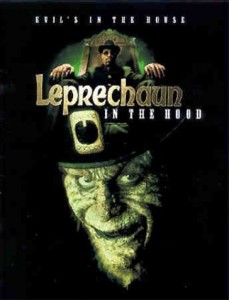 Crappy Movie of the Week:
My friends, there are a lot of crappy movies. Some of which I may say are the worst/funniest, but this one takes the cake. It was suggested to me by a man studying to be a priest over the summer. As fake as that story sounds, it truly did happen. The movie I will review is called Leprechaun 5, in da Hood.

That title may have confused you, let me do it again in all capital letters LEPRECHAUN 5, IN DA HOOD. Now the plot of this movie (like you even care what the plot of this movie is at this point, you now know there exists a movie with leprechauns and the hood) follows 3 down and out rappers (the leader of this rapping trio’s name is Postmaster P) searching for a way out of their city of Compton. They cross the wrong rap producer by the name of Mac Daddy (Ice T) and steal some of his money, and in the process awaken an ancient evil leprechaun that Ice T had imprisoned because, well, he’s Ice T.

The rest of the movie follows the slasher Leprechaun through “the hood” with a few raps and many killings. Fellow readers, be aware that this movie is not for the faint of heart. It is classified in the horror genre, and blood and guts do abound in it, but this movie was one of the best. I’m not even going to delve into it further, please, for your own good, watch this movie.

Good Movie of the Week: 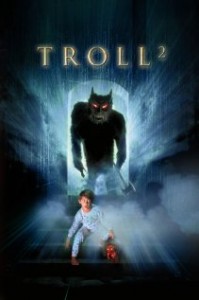 So this movie is world renowned for its horrendousness. In all honesty after you’ve seen it, you will ask yourself, “what on earth did I just watch?” I am a major proponent of the crappy movie for a laugh but this movie takes the cake as far as crappy movies I have discovered on Netflix. It’s called Troll 2. The plot contains vegetarian trolls, who are on the hunt for a human family to turn into vegetables so that they can eat them. You did read that correctly, there’s no reason to go back and read it again, that is the honest plot. After watching this movie (and getting over the shock of how pitiful it really was) I did some research on it. It turns out, the film was written by an Italian director and his wife, and they didn’t speak fluent English. The set the film to be in Utah, and also hired exclusively American actors with no acting experience. This, coupled with the fact that the crew is also Italian, led to a communication breakdown causing the greatest movie of all time.