On Wednesday, February 4th, the Seton La-Salle Mock Trial team competed against Thomas Jefferson High School and Riverview High School in its first matches of the year. The team has been preparing since September, reviewing trial procedure,  and generally honing their skill. An extraordinary amount of preparation and review went into their performance. Luckily, it wasn’t in vain.

The day began with the prosecution’s trial against Riverview High School, a trial whose ending could well have been described as a crushing victory. Ballard Powell gave the prosecution’s opening statement, setting the scene, and afterwards the trial was a long series of triumphs. 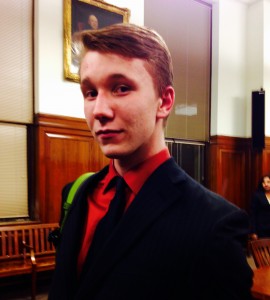 All witnesses proved their mettle on direct examination, but it was on cross examination that they truly shone. None of the opposing attorneys could gain any ground on Connie Seely-Gant, Hannah Marsonek, and Amanda Jeziorski, who time and time again shut down even the strongest opposing points. Olivia Tiani, attorney, was thrilled to find that her witness was much less resistant than Jerome Wassel, (whom she had practiced against), was able to score crushing points with an elegant cross examination. Similarly, Ballard Powell was relieved to find his witness a less skilled opponent than Mary Sgro (whom he had practiced against.) While Olivia’s cross was clear, and skillful, his was more successful; another victory.  Perhaps one of the best moments of the day was Ben Grefenstette’s cross. where he bamboozled his opposition.

The trial was closed by Olivia Tiani and the day was sealed. The team won by an unknown margin, and awards were handed out. All team members gave truly impressive performances, and the “Best Witness” award was given to Connie Seely-Gant for her performance as Dr. Drew Pinto. Ballard Powell received its counterpart, the “Best Advocate” Award. At the end of the trial, Bennett Grefenstette was declared captain of the Mock Trial team.

Following this was a much harsher struggle against the all-female team from Thomas Jefferson High School. Thomas Jefferson did win by an extremely small margin. Still, the evenly matched competition was truly a spectacle to behold.

The defense was opened by Justin Cook, who showed his many years of forensics skill in an extraordinary opening statement. He was followed by Rachel Savko, who would later receive the “Best Advocate” award. However, her performance was limited by well placed objections and a well rehearsed cross examination by the opposition. Rachel responded well to the prosecution, and her performance was followed by a concise and professional direct by Caleb Klemick. He fared equally well against interruption on the part of the Commonwealth. 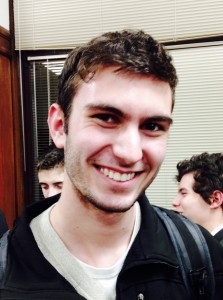 After Caleb’s performance came a welcome but unexpected surprise. Entering to see his old team in action, appeared former Seton La-Salle attorney Henry Glitz, currently a freshman at The University of Pittsburgh.

After this appearance came a strong direct examination by Justin Cook, followed by a short halftime break. During this it was revealed that Seton La-Salle’s opponent had made the significant mistake of running over time. Very skilled though admittedly long-winded, they had used more than their allotted time, something very detrimental to a team’s overall score.

This revelation brought new fire to the defense, whose witnesses began to shine under cross examination. Jerome Wassel, destroyed the opposition with his sass and wit. While perfectly in character, the Commonwealth could gain no ground. Similar performances were had from Tatum Grover, who would later receive the “Best Witness” award, and Mary Sgro, many of whose responses left her attorney quite tongue-tied.

The trial ended with Caleb Klemick’s logical and impacting closing statement. The trial was exceptionally close, and Thomas Jefferson’s resistance was fierce. The judges met and the students’ sighs of relief turned to annoyance when the judge announced (wisely, perhaps) that no approximate judgement would be given until the scores were more carefully calculated.

Special thanks go out to Chad Michelson and Russ Ober, the two lawyers who are this team’s guiding lights and Ms. Sopczynski, the team proctor.