With a 32 year career under their belt, is there anything Metallica hasn’t done? The band, consisting of lead vocalist/rhythm guitarist James Hetfield, drummer Lars Ulrich, lead guitarist Kirk Hammett and bassist/backing vocalist Robert Trujillo are always looking for new ways to interact with their fans, and this time around, they’ve found their way onto the big screen. The IMAX big screen, that is. 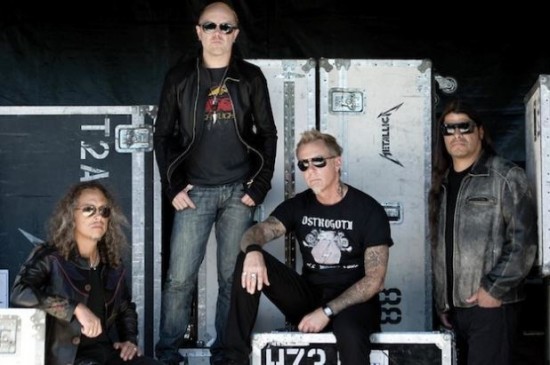 Metallica’s new 3D movie “Through the Never” was released into IMAX theaters September 27th 2013. The film follows the band’s concert held in Vancouver back in 2012, with a side plot going along with Metallica’s music. The film stars Metallica playing during the concert parts of their film, and the side plot stars actor Dane DeHaan (“Chronicle”) as a roadie for the band named Trip.   He is sent on an urgent mission to retrieve an item from a broken down truck that the band needs for their show. In the midst of Trip’s adventure is apocalyptic chaos occurring around town, and once retrieving the item, he must make it back to the show alive to give the band their item they need. The side plot is narrated along to Metallica’s music that they play at the concert.

“Through the Never” broke box office records on its opening weekend, having the best opening weekend for any IMAX concert film in history. The film earned an estimated $1.67 million, with around $780,000 being earned on opening night. Sounds pretty good, right? When asked about how the film came to be, Hetfield said “IMAX came to us a couple of years ago, saying that they’d love to capture the intensity that is thrown around at Metallica shows and the energy that both the fans and the band create.” 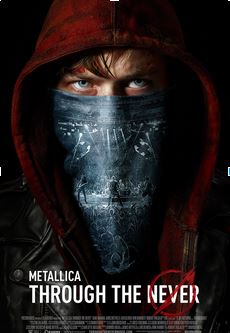 I thought this movie was an incredible experience. I’m not just saying this because I am a huge fan of Metallica. I think people that don’t even like Metallica will enjoy this film. I’m very pleased with the way this movie turned out, and so is Hetfield, stating that “we’re super proud of this thing and it has been a labor of love. It’s like releasing your baby into the world.”

Didn’t get to see “Through the Never” in IMAX? Don’t panic! The film will be released to all other theaters in 3D on October 4th 2013. The film is Rated R though, for violent language and blood, so be cautious. So make sure you make a trip out to see it if you’re looking for a new movie to see, because this film proves that there are rock concerts, and then there are Metallica concerts. “Through the Never” is loud, aggressive, and fun. You’ll be sure to have a fantastic time seeing it.