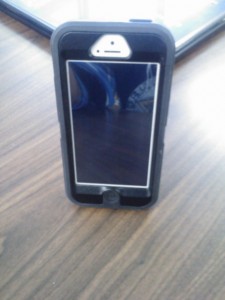 In this day and age technology is moving faster than anyone could ever imagine.  It seems like as soon as you buy a hi-tech device, they have already come out with a newer and better one.  No company seems to move faster than Apple. In the last 20 years they have been able to revolutionize technology such as computers and later, cell phones.  Since the first iPhone was unveiled to the public in June of 2007 there have been 6 generations of the iPhone released.  That is averaging a new phone every year.  This is so astonishing because of the fact that each new phone that is released contains many new features that make it better for the consumer.  The latest version Apple has released is the iPhone 5, which was put on shelves in September of 2012.

However, with every new product, everyone is going to compare it to the previous one.  Some people have already been saying, “It’s exactly the same as the 4s?” and “Why buy the 5 when I can just update the 4s?” Well I am here to put those skeptics to silence.

The new iPhone 5 has a new processing chip, the A6. The previous iPhones have run on the A5 and A4 chips.  This may not seem like a big deal on the surface but when you look further into it you will see that Apple producing their own chips is a huge risky and rather expensive task.  Any slip-up would prove very costly to Apple.  However they were able to successfully create their own chip, allowing them to show off longer battery life and better performance than rivaling phones.

The display on the iPhone 5 is half an inch larger and has a much higher resolution than the iPhone 4. You can now take a still shot while recording a video. The camera now has face detection technology to improve picture quality.  As you may have seen on the TV commercial the iPhone 5 now comes with a new style of headphone that is better shaped to the human ear.  Before, the headphones were perfectly round and were sometimes uncomfortable to have in your ear for a long period of time.  The headphones now also come with a handy travel case. The new iPhone for the first time has a different charger called the Lightning charger.  This new charger is a lot smaller, and can be inserted into the phone regardless of which direction it is facing.  The new charger also has a longer cord which can prove to be very convenient.

Technology today is moving exponentially fast.  Anyone who likes to be the person who always has the best and latest technology is going have a hard time and will be digging into their wallet in order to keep up. This information clearly shows that, when compared side-by-side, Apple has yet again come out with a newer, far better product.  For anyone who is the owner of the iPhone 4 or even the 4s, this should be enough to convince you to want to immediately go out and order the iPhone 5.