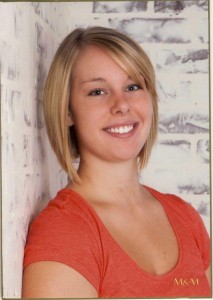 How do you think the musical went this year?

Theresa Nath: I think it went great! We had a lot of new faces up there this year and they all brought great things to the show. I hope the audience loved it as much as we loved performing it!

Since you are a senior, how have these past few years gone, being in the musical?

Theresa: Being in the musical has been the best thing for me these past three years. It has helped me grow so much as a person and I have also met some pretty amazing people

What has been your favorite part about being in the musical?

Theresa: My favorite part of being in the musical, besides performing on stage, is meeting all the people that I met during the practices. You get to become friends with the people you would never expect to be friends with. I love it!

Which of the musicals has been your favorite?

Theresa: Hmmm… that’s a toughie. I would definitely have to say last year’s show “Bye Bye Birdie” was my favorite to be in. the role I had was by far my favorite and I will never forget that year.

What advice would you give to the people that are considering the musical next year?

Theresa: Don’t be afraid to join! We become such a family during musical and the friendships that we make last a lifetime. Plus, it’s just so much fun!

Theresa: Do it, join the musical! You won’t regret it!!