It’s that time of year again – filled with skeleton wars, ghosties, and Nosferatu flickering the lights. There’s tons of movies on Netflix to watch for one’s Halloween enjoyment, anywhere from bloody crime movies to mad scientists stitching humans together (that’s all I’ll say on The Human Centipede). 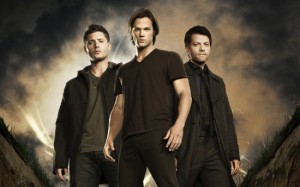 ’ll start with a TV show, the CW’s Supernatural. Although I’ve only had the time to watch a season and a half, this show is definitely a dream come true for anyone who likes the horror and suspense genre. It’s really not too scary – I use the term horror very loosely – but it’s not in it’s tenth season for nothing. Most people have heard of it and watch it, but for any of you who don’t know, it’s about two brothers, Sam and Dean Winchester, who go around and fight demons and such. I can’t really say that much else about it, considering that I’ve only seen about 35 out of the 200+ episodes, but I’ll definitely keep watching.

The Silence of the Lambs

Next I decided that I’d watch a classic – The Silence of the Lambs. Embarrassingly enough, this weekend 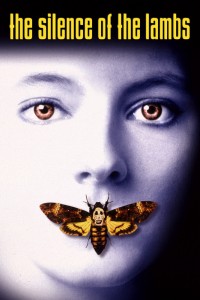 was the first time that I’d ever seen it. The movie revolves around FBI trainee Clarice Starling, who invests in the help of Hannibal Lecter, a psychiatrist-turned-to-cannibal, to try and find a serial killer who skins his victims. Once again, this is an extremely popular movie, so I doubt that description was even necessary. The movie wasn’t particularly disturbing or gruesome, minus about three scenes. I’d recommend seeing it at least once in your lifetime.

Third on the list is Candyman. I personally have never heard of this movie before, but I thought it was pretty well done and had one huge, and very unexpected, plot twist. It’s slow going at first, but once you’re about halfway through, the pace picks up enough to make it enjoyable. The movie is about Helen Lyle, who’s writing a thesis about the Candyman, a local legend. This movie gets a bit gruesome, but nothing over the top. What you thought would be the ending was delivered quite well, and the actual ending, though predictable at that point, was fitting as well.

The Nightmare Before Christmas

If you thought you’d be let go without hearing about The Nightmare Before Christmas, then you, my friend, are quite mistaken. Okay, I’m not genuinely recommending this to you horror lovers, but for anyone who hates terror and gore, you can watch this delightful Tim Burton classic about Jack Skellington and his desire to celebrate Christmas in Halloween Town. Besides, who doesn’t love Christmas in October?