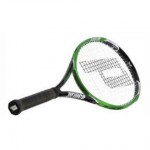 When you think about REBEL sports, you probably think about REBEL FOOTBALL, REBEL SOCCER, or maybe even REBEL BASEBALL.  You might have to think just a little while to come up with REBEL TENNIS.  But, you may start thinking tennis a bit more. This year’s team has some serious stand-out talent.  It just so happens that many of our tennis players were noteworthy in other REBEL sports this year.

Many of the skills that brought these athletes recognition in their primary sports translate very well to the tennis court.  Bringing speed and agility from the soccer field are ALL-WPIAL players, James DelGreco and Shawn Clark, and also coming over is Michael Newman.  Bringing strength and aggressiveness from the football field are All-Conference Lineman, Evan Kelly and Drew Miller.  Bringing quickness and discipline from the basketball court is Tyler Manning and bringing coordination and experience at individual play is Tyler Abbott from the REBEL bowling team.

The tough task of mixing these athletes with the rest of the stellar REBEL “true” tennis players has fallen to the coaching staff of Brian Geyer, Greg Perry, and Rob Carter.  Two of these coaches are transplants from the football staff, but they know athleticism and bring lots of coaching experience.

The athletes are looking forward to playing tennis and competing for a WPIAL title as they expressed their feelings into words at their first practice of the year.  Two time All-Conference player, James DelGreco, stated, “We’re looking to improve on our results over last year and with luck, maybe compete for a WPIAL title this year.”  Newcomers Mike Newman and Shawn Clark expressed similar sentiments; with their successes in other sports they bring high expectations for themselves and their team.  It seems as if the new REBEL tennis players are bringing quite a bit of confidence and swagger to their latest venture into sports. Let’s just see if they can stand-out on the courts for the Green and Gold.