On Sunday January 10, the 73rd Golden Globe Awards were held in Beverly Hills, California. This year, UK native Ricky Gervais hosted and, in his own typical fashion, made remarks that offended and shocked everyone watching. As always, the award show was filled with witty, slightly awkward banter, glamorous fashion and A-list celebrities. Some of the winners this year were expected and others shocked everyone watching. It was, as always, a night to remember. 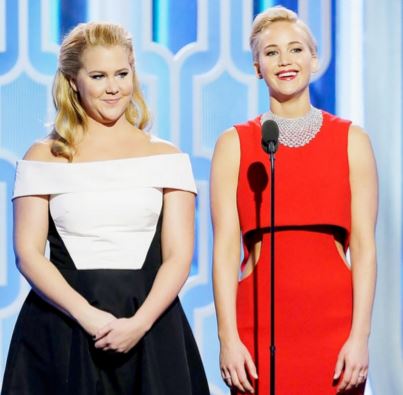 The show opened with the host, Ricky Gervais, making some questionable jokes that, as predicted, offended people. One particular comment that had people upset was one made in reference to Caitlyn Jenner. He referred to her as Bruce, the name she was assigned at birth, and criticized her choice to live her life as a woman.

Jennifer Lawrence and Amy Schumer presented clips from their 2015 movies Trainwreck and Inside Out. These two best friends have clear comedic chemistry and have allegedly written a film together. They gave a memorable presentation and left the audience laughing after they were done.

Two more female presenters that got people talking were America Ferrera and Eva Longoria. As two Latina women, they made notable jokes about how their race is stereotyped in the industry by subtly hinting that people assume all Latina actresses look the same. Eva started out the presentation by saying, “Yes, hi, I’m Eva Longoria, not Ava Mendez”. While America said, “Hi, I’m America Ferrera, not Gina Rodriguez.”

They continued to mention a few more latina actresses and then eventually went on to announce to nominees for best actor in a TV drama. Everyone seemed to appreciate how forthright these two women were. As two Latina actresses, they know exactly what it’s like to be stereotyped in the industry, and they took this opportunity to show that.

Arguably the most notable moment from the night’s show was when Lady Gaga won the award for best actress in a limited series or TV motion picture. On her way up to accept her award, she seemed to brush Leonardo DiCaprio’s arm, and his reaction was priceless. When questioned about it later, Leo said that he simply made the face because he didn’t know what had touched him. Despite this clarification, people still believe that there is some sort of resentment between Gaga and Leo. 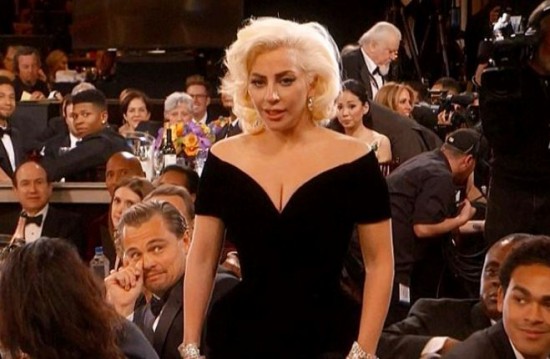 This year’s Golden Globe’s were certainly filled with excitement, hilarity, and, as always, drama. There were many talented and well-deserved winners, some of which included Matt Damon for Best Actor in a Musical or Comedy, Mr. Robot for Best Drama TV Series, and Taraji P. Henson for Best ACtress in a Drama TV Series. It was an unforgettable night and none of that would have been possible without the attendance of Hollywood’s biggest stars.