What should we be teaching in today’s schools? We need the next generation to be fit for today’s world and jobs standards, so school is vital to our country’s future. The high-school dropout rate was 12% last year, and who knows what it might be this year without doing something. Schools often experience huge budget cuts, which limits the amount of courses and such the school can offer. So, with this said, what should schools be focusing on? I will be interviewing many graduates and current students to see what they think.

I interviewed Matt Banburry, a freshmen at Seton La-Salle High-School, and he had some very strong opinions on educational needs. I asked him, “What do you think schools should be focused on in today’s world? He replied, “I think that classes should be more focused on personal needs. When you have 30 different kids that learn at 30 different paces, it just doesn’t add up.” In another interview, local student Nicholas Mercurio also had something to say about student’s educational needs. When asked the same the question, Mercurio said, “I think they should focus on more English. The #1 goal of school should be to get people literate at the least. Also, languages are important because the world is constantly getting smaller, and people still come to the United States today.”

Personally, I think both of them are right. When classrooms are so large it can be hard for a teacher to really meet each and every student’s individual needs. Also, I see people misspelling words and constantly making mistakes in grammar although they’re in the 12th grade. I think that schedules should be more flexible to really satisfy the student. A happy student is generally a better performing student. In addition to the more flexible schedule, I feel that more classes should be considered core classes rather than electives. In particular, I strongly believe that computer science should be counted as a science or math credit. I will explain why in the next part of this article.

Computer science opens more doors for students than any other course in today’s world. Learning even the basics will help students in virtually any career, from architecture to zoology. Just as we teach students how to dissect a frog, or how electricity works, it’s important for every student to have a chance to “dissect an app,” or learn how the Internet works, especially in today’s world that is more and more dependent on the Internet. 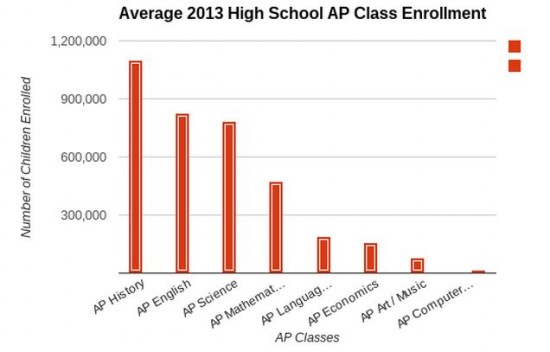 Overall, I truly think educational needs / standards do need to change. President Barack Obama has been trying to give schools more funding because he see’s the importance. According to DoSomething.org, the United States is ranked 22nd out of 27 developed countries when looking at graduation rates. However, this is slowly getting better. The dropout rate has decreased by 3 percent in the last 25 years. I feel that by changing educational needs, we can easily help children throughout their school years and increase the chances of success for our children and their children after that.