Education- “the act or process of imparting or acquiring general knowledge,developing the powers of reasoning and judgment, and generally of preparing oneself or others intellectually for a mature life.”

This is the official definition for the word “Education,” according to Dictionary.com. Now mind you, these definitions are from word geniuses who work tirelessly to find the absolute best definitions to each requested and known word in the English language. If these are the best; then how come it feels like a big lie?

The United States of America is supposedly the greatest country in the world. However, one major flaw of this great country , in my opinion, is the education system. If we are supposed to be gaining general knowledge that to help us in our mature lives, then how come we feel so unprepared? 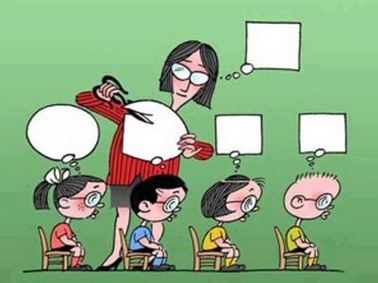 I mean, teachers are supposed to be providing us with great, enriching, mind-growing knowledge, yet we feel so naive and left out of the loop that true knowledge seems to be exclusive to those who have aged; those who’ve have had more life experiences than the high school students.

Not even the superintendents of the country can fix this, or at least; not alone.

Our country has been burdened by our poor education. Just look at all the kids who come out of high school and go to college and don’t have a job for years. It seems as though more and more kids are coming out of high school with nothing but a false sense of security and zero requisite skills to show for it.

However, the government knows best, and they keep inventing new tests, so we keep on this same track.

Well let’s track the experience of a new High School graduate, shall we?

For argument’s sake, let’s say our graduate was an above average student: He gets accepted into a college like Penn State or Villanova with no scholarships. He decides his major. He goes all four years and graduates. Now what do we have? We have a twenty-two year old kid who is a hundred thousand dollars in debt, who has a degree, but is unemployed and has nowhere to work. This doesn’t seem right.

Now let’s follow the kid who dropped out of high school. He does not go to college, he works at a place like McDonald’s, and he will do anything for money. He eventually gains enough money to go to vo-tech school and become, let’s say, a plumber. He goes to school and graduates. Now what do we have? A thirty year old man who has a comfortable job, with a good salary and great life skills.

Now, I am not saying to drop out of high school and become a plumber. What I am saying is that schools need to teach us life skills, not how to solve for “x.” Teachers try to implant in our brains that if we do not know how to solve for x, then we will not know how to succeed.  This is one of the biggest lies I have ever been told. You can be successful without knowing useless high school facts.

“Less than a quarter of workers use math beyond fractions at their jobs, according to a survey of 2,300 workers conducted by Michael Handel, a researcher at Northeastern University in Massachusetts. And highly skilled blue-collar workers — think machinists, mechanics and the like — use advanced math such as algebra more than their white-collar peers.” (www.livescience.com -staff)

Also, society gives off the impression that plumbers, truck drivers, contractors, etc. are lower ranking members of society, when in reality, they are the ones working while the rest of us flash our degrees around with no job to back it up. So you tell me, who’s better off?

Look at the richest people in the world. Most of them don’t have some fancy college degree, and they’re better off than all of us. As Curtis (50 Cent) Jackson once said: “I didn’t go to Harvard, but the people that work for me did.”

High schools are so busy teaching us things like how to solve for x and what the quadratic sequence is and who said what on a certain date. I mean, honestly; when am I going to have to know what was said before the battle of Antigua?  I’m not saying this isn’t important, I’m saying I think it needs to be put on the back burner of my  high school education.

After having this discussion with my aunt, she told me that in the thirty some years she has been out of college, not once has she used any math higher than division. Again, I’m not saying that no one will; I’m just saying that those skills can be specifically taught to people who will use them.

Take history as an example. We learn every year since first grade about the Revolutionary War and the Declaration of Independence and all that good stuff. Why does it have to be reiterated throughout high school? Honestly, history is not gonna change, why re-learn it? There are only a few occupations in life where you will need to know such things and all of it can be learned separately.

However, you cannot tell me that the majority of people won’t balance a checkbook, or drive a car, or learn how to do business, or even learn proper manners on an intuitive level.

Teacher get mad at students for cheating and lying and complaining.

I don’t condone any of these actions, I just think that people need to understand why we do these things. In the students’ mind, school is a metaphorical battle ground and it’s teachers against students.

Some teachers present themselves and their class in such a way that students feel intimidated. If we don’t pass, the consequences will be dire. We feel that if we slip up we will have punishments from teachers and parents, and with all the other stresses of teen life on us, we do whatever we can to avoid the one more thing.

It’s almost as if teachers set themselves up for this. Teachers a lot of the time check for completeness, and not correctness. This makes it easy to grade, but also easy to cheat.  A lot of students also feel that teachers only teach kids exactly what they want them to know,  instead of letting the kids expand their knowledge to the full potential.

America says that all kids learn different and should be accommodated for, yet they teach us as if we are all the same. Modern school has only taught me, along with people I have asked, how to pass a class, not to learn the information for real.  I have had algebra twice now and probably still couldn’t tell you what the umpteenth term is in an algebraic expression is. 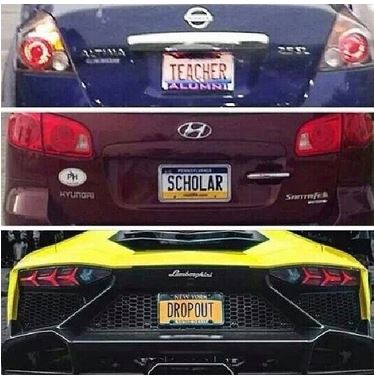 My Dad taught me how to change a tire once, and I could do it again by memory.

Now you might say, but all of that can be learned separately as well, I mean there’s drivers-ed, etiquette schools, and you have parents to teach you to use a checking account.

In college, you can elect to take all of your classes. In high school you cannot. The classes colleges should teach should be the same ones high schools teach but you get to pick your classes based on your major.

It’s true that high schools have elective courses, but everyone treats those as blow-offs. Yes, that is some fault of our own, but it is also due to the lacking enforcement of attention by school administration nationwide.

High schools should have mandatory classes that teach life lessons such as woodshop, cooking, checking, and such. Electives should be the classes we have now. That way you can pick the electives that help guide you on the life path you want to take.

Well, you might say, high schools have all those electives you can take that help you with life skills. Well I’ll say; not every school has them.

Take my school, Seton- La Salle, we, as a small, private school, do not have nearly the same funding as a large public school such as Mt. Lebanon or Upper St. Clair. This means that we do not have the same electives as those big schools, which means those kids are not given the same opportunities as the others. If Seton, along with others, are calling themselves “College Preparatory” schools, then how come they aren’t preparing us for college life? In college, am I going to have to know the electromagnetic spectrum, or would I be better served to know how to handle myself in a discussion or argument?

The nation today is all about equality, yet they are not giving the same, equal, opportunities to everyone for a chance to succeed.

As a country who insists its children are the future, America sure is keeping the power to the adults. For a country built on equality and fairness and truth, we seem to be feeding our children, “our future leaders,” a whole slew of confusing “smoke and mirrors” information.. And that, without a doubt, will come back to bite us. I think the government just refuses to change because they want to maximize profit. As holds true in most government situations: It’s all about the money.