When people think of running they mostly think of it as a solo activity, as a fitness work out and rarely as an organized team sport. Readers should know how cross country works, who is on the team, and some experienced opinions of what it is like to run Cross Country. 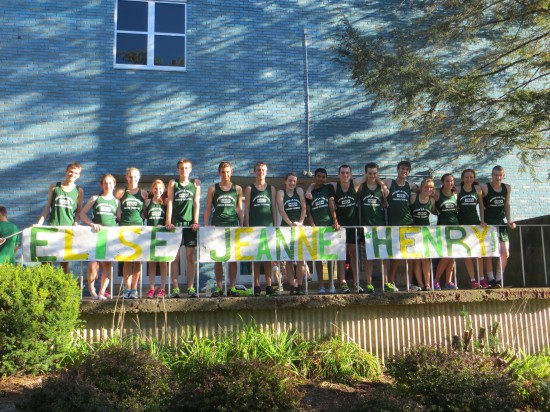 A typical Cross Country meet looks like this: With, a few exceptions, almost every meet is 5k long, or 3.1 miles.  These courses can range from hilly trails to flat concrete roads, and each school has it’s own unique course. These courses test the runners, endurance and stamina. You must be able to run at a steady speed, and not burn out.

Scoring for these meets, is very different from what people think. Scoring is based on 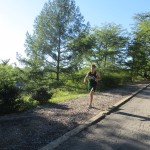 the placing of the first 5 runners from each school. When the places for these runners are added up, the school with the lower number wins.

For example, say that the first five runners from Seton-La Salle come in 2,3,4,7,8 while the opposing school places 1,5,6,9,10 . In this example Seton-La Salle would win (24-31). This method of scoring requires a strong core of five runners.  This is what  makes Cross Country more of a team competition than is assumed.

Though the Boys and Girls practice and are coached together they are technically two separate teams and are not bound to each other. Both the boys and the girls team are in  WPIAL AA Section 5, with other teams like: Bishop Canevin, South Fayette, Brentwood, and Keystone Oaks. The boys ended the season with a section record of (6-2) and the girls with a record (5-4). 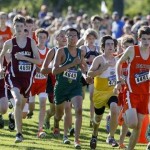 The cross country team also participates in invitationals. Invitationals are massive meets involving lots of schools and runners. At the Red, White, and Blue Invitational early in the season, there were around 60 schools and 2,000 runners! Recently the SLS team participated in the Catholic Invitational at Greensburg Central Catholic.

Here are the members of the 2013-2014 cross country team.  They are coached by Sarah Olesky, an SLS Alumni: 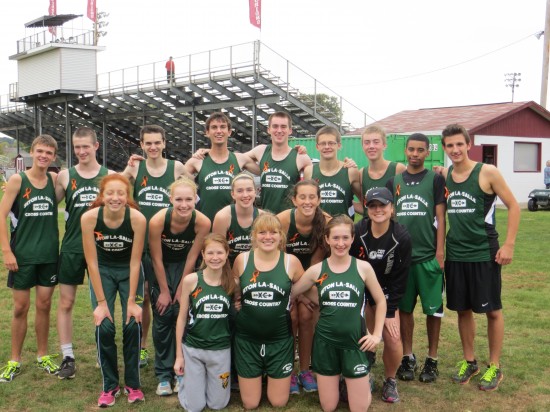 To get an opinion from other members of the team, I asked Gavin Ennis, Henry Glitz, and Elise Zielinski some questions.

How hard do you think Cross Country is?

G-It is really as hard as you make it, if you don’t put hard work into it you are just cheating yourself because you will not get anything out of it

H- I think it is challenging both physically and mentally

E-  It is a lot harder than people think. It takes endurance, dedication and passion.

What is your favorite part about being on the cross country team?

G-It is kind of like a family, we all get along really well and support each other.

H-I like how the team fits together so perfectly

E- The people, – the people make this team fantastic

Why did you join the Cross Country Team?

H- I ran cross country in grade school, and was excited to do it at high school

E- My sister wanted me to join, so I thought I would give it a try

How is cross country different from other sports you have played?

G-It is a lot more self-motivation and off season training. You spend a lot more time working on conditioning than you would for a skill-based sport.

H- It involves a lot more focus and dedication to the long term, rather than just short term.

E- The stress of the sport is on the individual, it is different because in other sports the main focus is on the team while cross country it is on your self, and you really have to push yourself.

One joke only cross country runners would understand