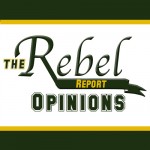 So, I guess you could consider this an official welcome for the new and improved SLS Newspaper. Though the thought of an on-line newspaper first struck me as being weird,  Mrs. Parker has now got me in the front seat of the bandwagon. It wasn’t until I began thinking about how much more convenient it is that I got excited. Let’s be honest, who really goes home and delivers the newspaper to their parents? They now have a way to stay caught up with events and news around the school. Not only that, but it is so much easier to handle for numerous reasons.

I suppose this article could also be considered an apology from I, Kiley White; your former editor (or… what should have been an Editor, I guess) Our Seton – La Salle newspaper has always been known to be extremely popular the day it’s printed and comes out… It was just getting to that actual day that killed us. I could never quite understand why more people weren’t interested, but I guess I shouldn’t be surprised. I have enjoyed writing since a young age and I now see that not everyone is like me. I have been a proud member of the newspaper since my freshman year, and can honestly say I have enjoyed every minute of it. I was determined to make the newspaper a success this year, but I failed in so many ways. We started off with a bang and tons of people signed up. Then we realized just how much it costs, and with a new moderator and tons of new writers, it just wasn’t meant to be.

I’ve always been taught to never give up. When you fail; try again and again and again, until you get it right. I did just that, but it got to the point where the newspaper just wasn’t possible. I’m sorry for all those who wrote articles for that first issue and never got the honor of being published. (If it makes you feel any better, I wrote 6!!) I wish I could have found a way to make it work and get a paper out there for all of you.

But, on the bright side, we now have this – The Rebel Report! Though a lot of people criticized the idea at first, I think it has quite a large fan base now. I definitely wish this would have come about earlier in the year. I wish someone as determined as Mrs. Parker is would have stepped up to help, but we can’t change the past. We can only focus on today, and today we have a completely awesome on-line newspaper.

To tell you the truth, I wasn’t planning on having anything to do with this. Believe it or not, I’m not just doing it for the bonus points either. Though I’m DEFINITELY not one to complain about that!! As I sat here on my bed listening to Lady Gaga and watching MTV, the newspaper popped into my head. Once you get past the initial shock, (What?! An on-line newspaper?!) I know that you will be just as excited about it as we all are. I can only hope that many of my fellow Rebels get involved when the senior class is long gone, because I can guarantee The Rebel Report will be a major hit!!