Seton La Salle’s fencing team got a new coach a few weeks ago, to replace last year’s coach.  Seton LaSalle’s new coach Tim Yultciev has completely taken the teams’ training and has kicked it up into high gear. Coming from Tiger fencing club, Tim said he took the job so that no school would be left out of the fencing season. Many of the teams’ members, old and new enjoy his methods quite a bit. Patrick Dobbins, a junior, who has been fencing since his freshman year, said that he has really mainstreamed the club’s practice. Patrick went on to say that Yultciev has already gotten new members an electric foil, a machine that keeps hit scores.

When asked about the season, Yultciev said he had high hopes for the team. Many of the older members are very experienced and newer members are picking up the skills fast and efficiently, according to Yultciev.

The team’s record the past few years haven’t been the best victory wise. Not from a lack of effort on anyone’s part, but rather from the fact that the whole team has not had a fully maintained girl’s team. Luckily this year a girl’s team has gotten together. Even with that, Ally Foster, a junior who has 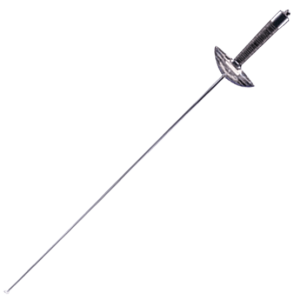 been fencing for a year, said “We still need more girls.” Although the team is mostly made up of new members, the majority of fencers have high hopes for themselves.

Even though Yultciev hasn’t been coaching for a year yet, his coaching style has really fit in with the team. His skills and training shows his proficiency. He has been fencing since the young age of nine. Originally from Russia, Yultciev came to America in 1999. When asked what he thought of fencing Yultciev said that, “fencing is like the mental game of chess, but physical.”