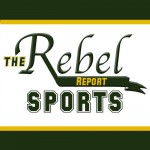 One word can describe last season for the SLS baseball team: disappointing. Starting the year the number 1 ranked team in the WPIAL, the Rebels won a section championship. However, they lost in the first round of the playoffs.
This year, the team looks forward to a more successful season behind seven returning starters.

“I think we have better chemistry than we had last year,” said senior Ty Trainor. “We’re all looking forward to winning together.”

The Rebels are somewhat overlooked this season even though they return virtually the entire starting lineup. The one key contributor missing; Derek Law. After leaving Seton-La Salle as one of the most highly touted recruits in recent memory, Law was drafted in the 28th round of the MLB draft last June. He chose to forgo professional baseball for another year and attend Miami Dade, a junior college in Florida.

“Losing Derek hurts, but without him around it’s forced us to rely on each other and become closer as a team,” said junior second basemen Mike Del Sardo. “We’re all stepping up into the leadership role.”

“If we focus on getting better each day, we will achieve our goals for the program,” said SLS athletic director Mr. Brian Geyer. “We’re looking at our 4th consecutive section championship, a return to the playoffs and another WPIAL championship.”
With last year still sitting in the back of everyone’s mind, the Rebels are working hard in order to achieve that coveted WPIAL title.

“We need to learn from previous mistakes so that they don’t happen again this season,” said Mr. Geyer. “As Dean Smith once said, ‘All successful teams must play hard, play smart, and play together.'”

The season starts Saturday, March 27. The Rebels will take on State Runner-Up, Serra Catholic in the first game of the year. The team has one goal in mind, and that is to win.