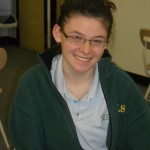 On a dusty road, outside a seemingly abandoned warehouse, a beat-up, 1982 ford pick-up truck sat. Ignition killed, windows rolled down, two voices could be heard….

“Jack McCarthy, you’ve been makin’ promises and breakin’ them since the day I met you five years ago. Do you remember that day? I’ll never forget it, as long as I live…”

“Well of course I remember that day, how could I forget it? You think I’d forget the day I met I met my girl, the love of my life, my one and only, the-“

“That was rhetorical Jack, too bad you’re too dumb to know that. What I was sayin’ was I was sittin’ outside the convience store, waiting for Daddy to buy his smokes and beer for the day. Just mindin’ my own business but ya know something in the air that afternoon just told me that someone else was mindin’ mine.”

Jack enjoyed this part of the story. Trudy liked pretending she was a tough, coal miner’s daughter who, “Didn’t need nothin’ or nobody”. While she had mostly been on her own since her Mama died before she could walk and her Daddy spent sun up to sun down beneath the black earth, she longed for someone to watch over her. She found in Jack what she needed so desperately; a home. Jack, never having a home himself, didn’t mind providing whatever he could for Trudy.

Jack kept the story rolling along.

“Uh huh, like you minded me mindin’ your business, I know you better than you know yourself little missy. You was givin’ me all kind of looks that day, and a little more than looks by the time night rolled around….”

“Jack you stop that talk right now! I swear on my mother’ grave I will get out of this truck and walk into to town barefoot if I have to. And then how would that look, hmm? Makin’ your “one and only” fend for herself on the dusty streets of Agra? Why you’d be thrown out of town! Daddy would make sure of it. You’ve grown up here, you know how people view that sort of thing! Women deserve respect, more than you give thank you.”

Agra, Kansas. Population: 306. There was a convenience store, a gas station, a library, a diner, a school (shared with two neighboring towns but located in Agra, as the townspeople proudly boasted), a few little knick-knack and thrift stores and an industrial boulevard. Everyone knew everyone and those born in Agra, stayed in Agra, and died in Agra.

“Aww Trudy, you know I was kiddin’! You’re wearin’ shoes for Lord’s sake, you ain’t gonna walk into town like that. I respect you babe, like I said, you’re my girl! I was just teasin’, I’m sorry.”

Trudy made a mock angry face but she didn’t mind. Men like Jack didn’t just walk into town every day, especially not in Agra. Trudy was 23 and with Jack a solid five years older than her, she didn’t know what the future could hold. She pushed him away intentionally but kept him on a tight enough leash that he’d always come running back; a trick her Aunt Carol taught her.

“Alright, but I don’t want to hear you makin’ any more of those kind of jokes, you hear? Dignified women like me don’t deserve that. Jesus Jack, I forget what I was even sayin’ now! Oh that’s right, the day we met. Well after we were introduced and all that do you remember what you said to me?”

Jack knew where this story was going, he had heard it at least twice a week since they had started going together.

“Yes, Trudy dear, I remember what I said, they was my words…”

“Don’t you get fresh with me, Jack! After all your little words and pretty compliments you said, ‘Well how about we go down to the diner and get us some dinner?’ You remember that, Jack? That’s exactly what you said! Got me all excited and my sweater in a right bunch, you did! I was all ready to go, right then! But no, you told me you had to run a, ‘quick errand’, first. ’Only gonna take a minute, sweetheart’, is what you said. Daddy came out, asked if I was ready to go back home. ‘No Daddy,’ I told him. ‘I’m waitin’ for a friend to get dinner with’. Jack McCarthy, do you care to know how long I was waitin’ outside the convenience store? Two hours! Two hours I waited! By the time you came back I could have spit five dollars worth of nickels right out my two front teeth!”

“I know, I know! It was wrong of me babe, I just got held up by some of the guys from work. But I came back, didn’t I? I came back for you.”

And Jack had come back, that fateful day five years previously. He had come back for Trudy, just as he always did.

“Yeah, I suppose you did. Even though you kept me waitin’!”

Jack slipped his right arm around her waist and gave her a quick kiss on the cheek. With a glance to the cracked digital watch on the dashboard he saw it was three o’clock and now time to take care of business he had been looking forward to all day.

“Alright babe, time for me to go meet the guys. You just wait in the truck, ya hear? Don’t come in, just wait.”

“Jack, I don’t like this, I don’t’ like this at all! I’d rather come in with you, it’d make me feel better. Joe’s our friend, he’ll watch out for me.”

“Thats the thing Trudy, Joe’s not gonna be the only one in there. I told ya, my deal is with Joe’s cousin from Illiniois, Frankie. He’s done it for lots of people, I’ve heard. You bring him a few thousand dollars cash, he invests it, runs its through some of them fancy off shore accounts, and in 6 six months you get your money back, tripled and in cash. Full proof, I tell ya!”

It sounded shady to Trudy when Jack came home a few weeks ago, blabbering about his get-rich-quick scheme and it sounded even shadier now, sitting outside the abandoned warehouse on the edge of town with three thousand dollars cash in her grandma’s old leather suitcase sitting in the backseat. They scrounged together everything they had plus asked Trudy’s father for a loan as well. Trudy was none too happy about this but Jack promised her it was for the best, after all, in six months they would all have tripled their money back.

“I’m gonna go now Trudy, you watch the truck. Just remember, ten minutes, in and out! I won’t keep you waitin’, I promise.”

With a quick smile and a pat on her leg, Jack grabbed the suitcase, swung out of the front seat and sauntered towards the warehouse with the boyish swagger of his that Trudy loved. When he reached the door he turned, smiled and saluted her, then disappeared inside. She could hear muffled voices as Jack greeted Joe and his cousin.

As she sat there, Trudy felt the same feeling she had five years ago on the day they first met; someone was minding her business too. Something felt wrong to her, time was going too quickly yet moving too slowly. She calmed herself and began to think of Jack and his plans.

“Always dreamin’,” she thought to herself. “That boy is a dreamer but this time, his dreams are gonna give us a better life. Get out of Agra, finally. Maybe move to the city, maybe move to the country, but we’ll be movin’ anywhere but here.”

Trudy looked down at the dashboard clock. It read three thirty; over half an hour had passed.

“Jack promised,” she thought. “He promised not to keep me waiting.”

Just then she heard the sounds of yells and the door of the warehouse swung open. Jack, looking badly beaten and bruised came running out with Joe and his cousin Frankie right on his tail.

Trudy fumbled with the car door, trying to get out when suddenly a shot rang out through the air, Jack fell to his knees on the dusty road and Trudy watched the life pass out of his eyes. It look her a moment to realize what had happened, surely it couldn’t be real. This was Jack! Jack who kept her safe, Jack who was always cracking jokes, Jack whom she planned on spending the rest of her life with. The crack of the shotgun and the searing pain that shot instantaneously through her right shoulder brought her back to reality. Seeing dark red blood soak through her blouse, she looked up and saw Joe, fifteen feet away, reloading his double barrel shot gun. Without thinking she jumped into the driver seat, and putting the truck into reverse, backed down the dusty road as fast as she could.

Trudy tried to keep control of the truck but with the pain in her shoulder and the blood loss, less than five miles down the road she sped out and crashed into a fence. Laying there, covered in her own blood, she began to cry for the first time since her mother died.

“Your promised you wouldn’t keep me waiting, Jack. You promised…”